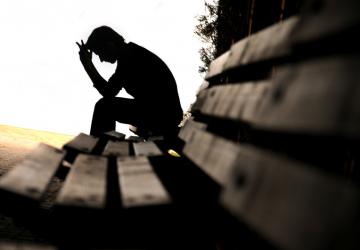 I have written this article applying the knowledge I have gleaned from personal observation and experience only.

Death is inevitable and those suffering the loss of a parent, child, partner or friend are confronted with a situation which is a shock to the system.  The effects of this shock are both short term and lifelong and involve emotional, psychological, loss of security, financial and many other aspects. Any or all of which most probably result in chaos.  Decisions have to be made by those not in a position to make them.  Reactions differ from person to person and hour by hour.

Even if the deceased has been ill for a long period of time, the finality of it all still comes as a shock.  We all act differently and very often unpredictably at such a time.  We are entitled to grieve without feeling guilty and the process has no rules.

Those reacting to the loss of a loved one need to be comforted and those intending to comfort should be very aware that the mourner should be given all the consideration and respect as should be expected at this time. Unfortunately this is not always the case. It needs to be remembered at all times that the person in mourning has been traumatized and should be the focus of attention.

How does one approach people in such a situation?

One should attempt to gauge the mourner’s preferences as the preferred reactions differ very widely from person to person.  Covid19 has resulted in the distancing of humans and even at a time when, as social beings, we could be comforted by touch, it is not advised.

Mourners are often comforted by conversation and in this case, visitors should allow the mourner to direct the subject of discussion which could involve the deceased as a topic.  Others prefer to keep their thoughts to themselves and are comforted by the mere presence of others around them.  One should be careful not to impose but allow the mourner to be alone when desired.

Religious beliefs and practices are a personal matter and the wishes in this regard should be respected.

At times when one is uncomfortable or stressed, one can very easily say the wrong thing – however unintentional, one cannot retract what was said and this can result in consequences down the line. An example of which was given to me by a father whose daughter had just died unexpectantly.  An acquaintance of his suggested that she could be better off to which the devastated father replied posing the question as to whether the acquaintance would like to swap with her?  Similarly if a person has been in pain for a period of time and then departed, who knows for sure that they would be better off? Another usual phrase is ‘I know how you feel’.  Nobody knows how another feels without possibly encountered the exact same circumstances.

Grieving is a process – those affected require comfort and assistance for a long period of time and not just a few days after the funeral.  We should be cognoscente of that and not neglect those who need us.

Lastly, on a positive note, enjoy each day as if it were your last and avoid the words “I should have, I could have and I would have”.