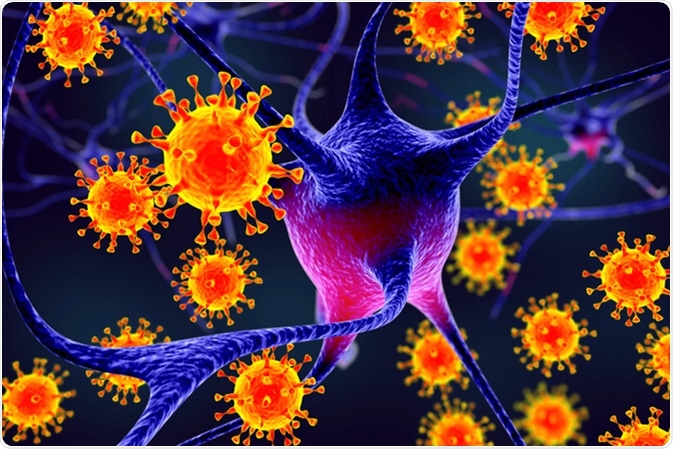 Viruses are the tiniest of all living organisms and are really just minute amounts of RNA or DNA  (genetic  material). They cannot live on their own but must invade other living cells (called the host)  which they use to keep themselves alive and replicate. Viruses have the same basic aim as other living things: they want to live and multiply!! Some are host specific, capable of infecting and causing disease in human beings only. They use humans as a breeding ground. Our immune system fights them but if they survive they move from one human to the next and multiply in an effort to spread as far and wide as possible.

When our bodies are invaded by a virus we need to fight it off: the virus invades the body, which identifies it as being the enemy. It sends the immune system in to fight off and kill the virus.  What follows can be likened to a battle: the warriors are such things as lymphocytes and phagocytes which surround and kill the enemy (virus).  Obviously we cannot see this battle raging, but what we can see are the outward signs such as high fevers and other symptoms. These symptoms are caused by the immune response NOT the virus. The end result is that the body makes antibodies which are specific to fighting off that particular infection: almost like a key fitting into a lock. The next time that same virus invades our body, the body does not have to go to battle because the antibodies are already there and are able to recognise the virus: the key fits into the lock and kills the virus instantly. This explains why we only get most of the common viral infections once in our lives: once we have had the disease (eg: chicken pox) we have the specific antibodies to protect us. We call this having IMMUNITY against that disease.

A vaccine contains either antibodies against a particular virus, or tiny amounts of the virus itself, which is enough to stimulate the body to produce the correct antibodies but not enough to make a person sick.

HIV is caused by a virus that is particularly devastating because the cells that it targets to replicate are the lymphocytes. These are the very cells that we need to fight invading viruses!! As soon as they arrive at the battle scene, the HI viruses invade them, get into their genetic material and kill them. The immune system is now useless.

Most viruses produce clones of themselves when replicating but this does not always happen and the new virus may be of a similar but different genetic makeup. We see this particularly with the flu and cold viruses, which explains why we get several colds each year: the key doesn’t quite fit the lock!

Fortunately some of the really nasty diseases such as Small Pox and Polio have been all but eradicated with only occasional pockets of outbreaks. Many of the others such as Measles, Mumps and Chicken Pox can also be prevented by vaccine.

Some people also choose to have the annual Flu vaccination, which will not prevent all flu infections but will target the most common strains of flu. They are reformulated every single year according to the most prevalent viruses of the season.

M-Kem is open EVERY day of the year and our clinic sisters are able to assist you with vaccinations against most viral infections. Please also remember that it is NOT too late to have a flu injection to protect you over the coming winter months.